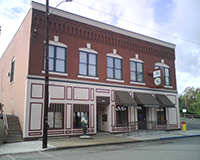 Reichley Insurance was established in 1946 by P.A. “Perk” Reichley in Crooksville, OH (Perry County) in south central Ohio when he purchased a small insurance agency that was operated on the 2nd floor of the local bank building.

He moved his family to Xenia, Ohio in 1951 when he acquired the agency owned by I. W. Clouse who had operated his agency in Xenia from 1930 and moved it to 1143 N Detroit Street in Xenia.  He lived in the home and operated the agency from a small converted garage at the rear of the property.

Continuing into the 2nd generation his son, Dow D Reichley joined the agency in 1962 as a sales agent.  In 1968, the founder and President, P.A. “Perk” Reichley passed away leaving his son in charge of the agency. 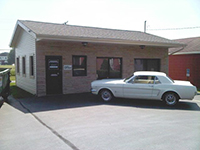 Dow D Reichley, second generation, retired in 2005 after over 40 years of service to his community and the insurance industry, holding such positions as Ohio President of the Professional Insurance Agents Association, National President of the Professional Insurance Agents Association,  and recognized locally & nationally for his service to his clients, insurance carriers, local non-profits and community.  Dow “Perk” Reichley continues the tradition of service to their clients and assumes the leadership of the agency. 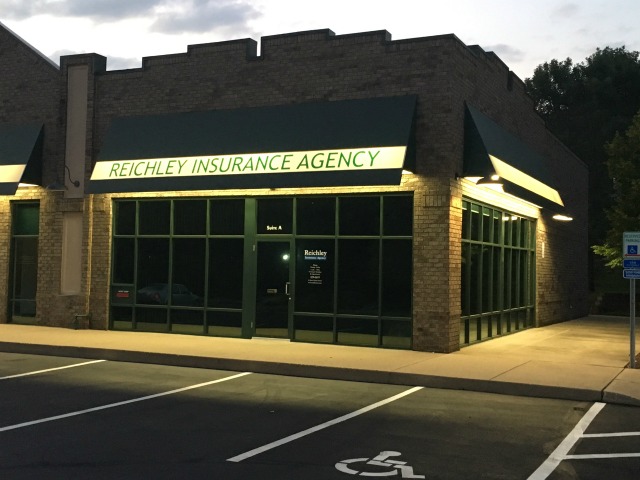 Third generation,  Dow “Perk” Reichley joined the agency in 1979 which now occupied both the garage and house on the property in Xenia for its offices.   As the agency grew, a branch office was established in Beavercreek in 1998.

In 2010, with greater efficiencies gained thru technology and a more regional presence established by the agency, all operations were consolidated into the Beavercreek office at 2440 Dayton Xenia Rd, Suite A, Beavercreek, OH where it remains today.

Auto or car insurance coverage has two parts. The first is the liability section of the policy. It covers your financial responsibility for injuring others. Some liability coverage is required by most states. The second part of auto insurance covers the car itself: comprehensive coverage reimburses losses from fire, theft or other perils; collision coverage pays to repair losses caused by an accident. Often this coverage is mandated by leasing companies or banks. There are also ancillary medical, car rental and other coverages which vary by state. ...